Home » Blog » What is “1 Ounce” of Medical Cannabis in Montana?

Montana Medical Marijuana patients can purchase up to 1 ounce of THC product per day.

A common question many Montana dispensaries receive is:

With the ever-changing Montana rules occurring regarding Medical Cannabis, our Think Higher Team put together a simple, easy to read info-graphic that breaks-down the equivalencies. 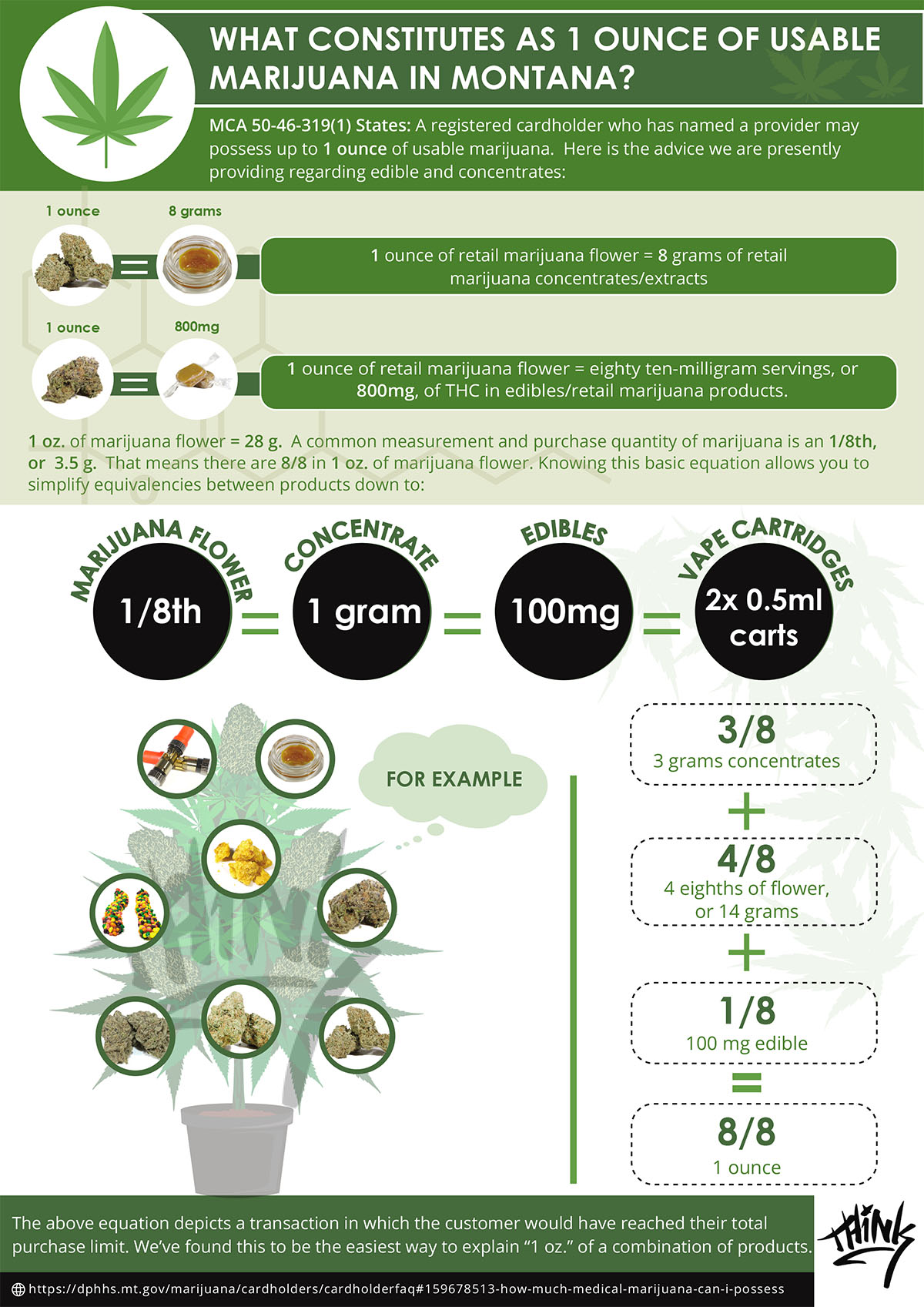 A full ounce of cannabis flower is 28 Grams. A normal amount of purchase is 3.5 grams or 1/8th of an ounce. Therefore, there are 8/8ths in an ounce of medical marijuana.

Concentrates are normally sold in 1 gram increments. Each 1 gram of concentrates is equivlent to 1/8th of flower. A total of 8 grams of concentrate can be bought at one time to reach your daily purchase limit.

100mg of a  THC edible is equivlent to 1/8th of your total purchase limit for the day. Therefore 800mg of THC edibles would equal a full ounce or 8/8ths.

Topicals can be viewed as similar to edibles, whereas  100 mg of THC present in a topical is the equivalent to 1/8th. Therefore a customer can purchase a max of 800mg of THC present in topicals, given no other cannabis products are purchased at that time.

The Department of Health & Human Services Montana Medical Marijuana program has provided the following input regarding equivalents to 1 ounce of medical cannabis.

Registered cardholders may possess the following:

one (1) ounce of marijuana flower = eighty (80) ten-milligram servings, or 800mg of THC in marijuana products or edibles = eight (8) grams of concentrate = eight (8) ml of vape cartridges

The above information can be found on the DPHHS MMP website located here.

The 1 ounce medical marijuana equivalences listed above are similar rules to that of recreational cannabis in Colorado.

Colorado, who has had recreational cannabis since 2012, has completed the following study regarding cannabis equivalences between flowers, concentrates, edibles and more types of cannabis products.

The "Marijuana Equivalency in Portion and Dosage" was finalized in August of 2015 and was one of the first studies describing cannabis ratios between cannabis product categories. 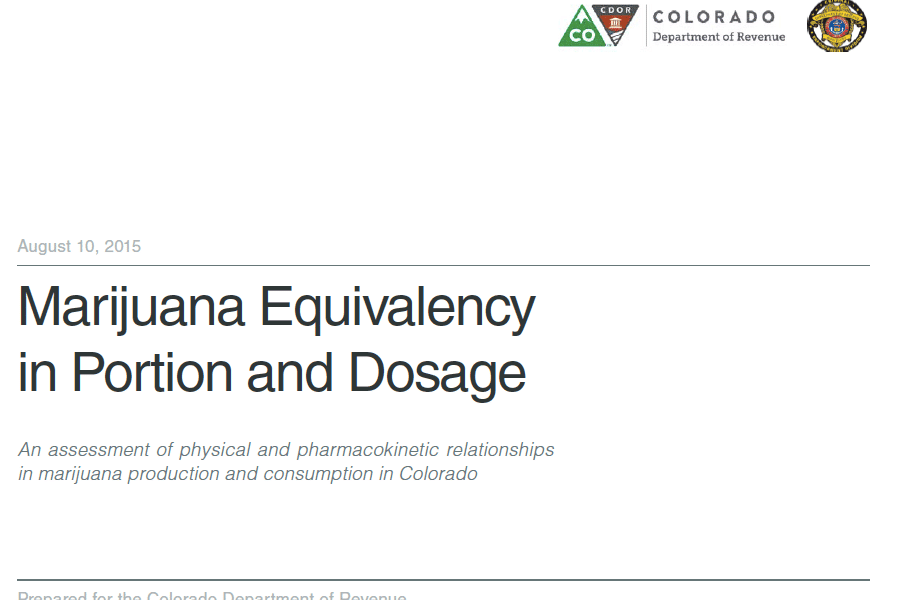 The study took a three step approach.  Taking perspectives from

What they determined lead to Colorado ruling for the 1 ounce equivalences described above.

With Colorado being such a staple State when it comes to the marijuana industry, it would not be surprising to reason how Montana ended up with similar 1 ounce cannabis equivalences as Colorado.

If any questions arise, please reach out to us. We would be happy to discuss equivalences further.

Why Are Terpenes So Hot Right Now?

How Richard Nixon smuggled 3lbs of Cannabis for Louis Armstrong

What Experts Are Saying About THC, CBD, And CBN for Sleep

A Beginner’s Guide to the Art of Dabbing

What is “1 Ounce” of Medical Cannabis in Montana?

How to Invest in Marijuana Legalization

Untethering Has Begun! We are excited to be able to services the entire Gallatin County! Want to receive amazing savings and product drop alerts?!? Click Here To Sign Up & Start Saving Today!

Thanks, but im all set.
X